Meet the innovative Cloud solutions by Gurtam at "Navitech 2013" 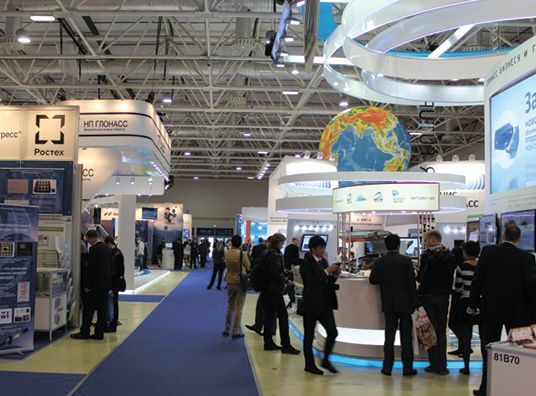 This year "Navitech 2013" was focusing on innovation in the area of tracking systems and personal navigation equipment. So far, it has been the only large-scale event, so deeply embracing the regions of Russia and spreading to the CIS countries. 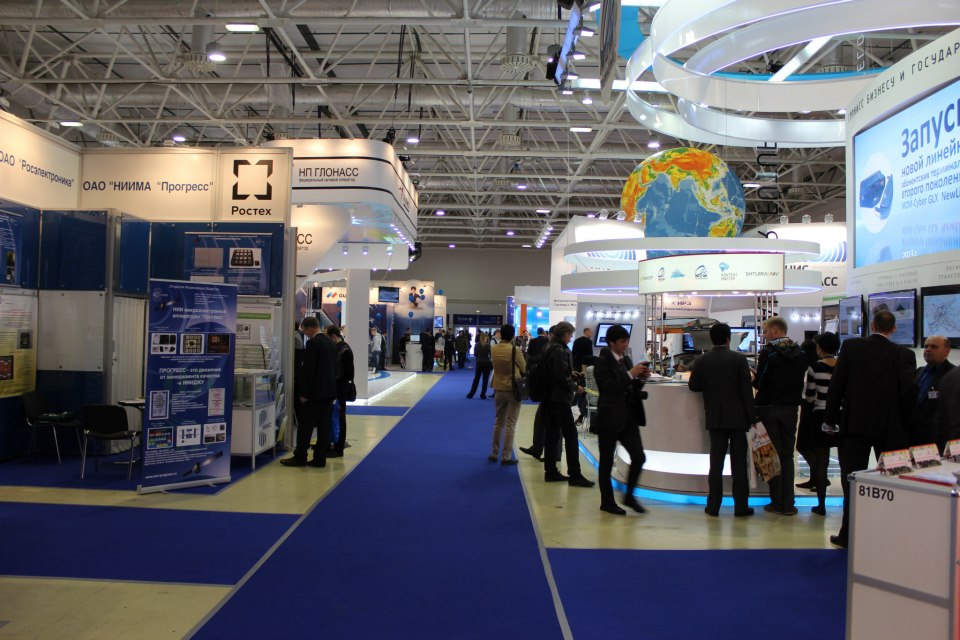 Since 2009 Gurtam has been the regular resident of Navitech. This year the company stressed the importance of cloud computing, and shared their own professional cloud solution — the second to none tracking system Wialon Hosting, widely used in Russia. Powered by cloud computing and supporting over 500 GPS/GLONASS devices, maps by Gurtam, OSM, Google, Bing, Yahoo, Yandex, the system avails of 170 000 connected tracking devices all over the world.

By visiting the Gurtam's booth, not only did the visitors get a chance to learn about the functioning of the cloud solution and the benefits of Wialon Hosting monitoring systems, but also "sampled the cloud" by conjuring up their childhood memories and treat themselves to the cotton candy.

Central to an exhibition was the 7th International Satellite Navigation Forum dedicated to commercial applications of satellite navigation technologies, in particular, the Russian navigation system — GLONASS. The forum embraced over 100 speakers from Russia and the neighboring countries, including the representatives of local ministries, private companies, foreign and international organizations. 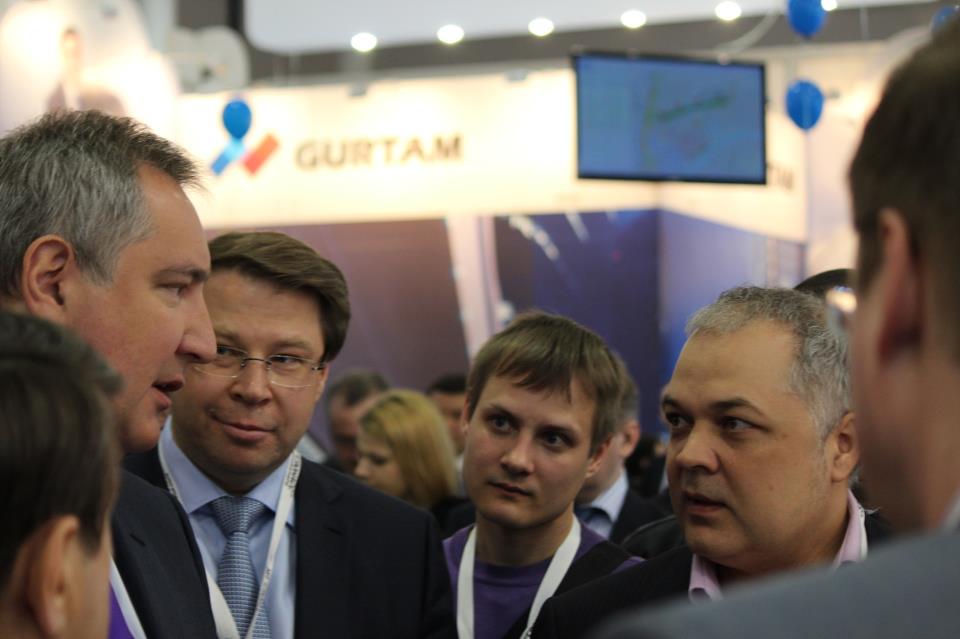 The welcoming speech by Dmitry Rogozin, the Deputy Prime Minister of the Russian Federation, marked the official opening of the Forum, where he stressed that Russia, being one of the world's largest countries, necessitates its own navigation system to monitor its vast territory. «An opportunity to accurately monitor the navigation signal is, by all means, the issue of national security, which should be properly addressed. However, while devising our security systems and technologies, we have to think further and enable these military and academic ideas to power the civil development of the country», — said the deputy prime minister.

Alexander Gyrko, the president of NIS GLONASS in his forum speech paid special attention to the prospects of navigation development on the market, noting that from 2010 to 2012 the market of navigation services in Russia doubled, amounting at over 15 billion rubles: «With innovative technologies spreading faster than ever, the market of Russia shall expand at 300 billion rubles by 2020».

Sergej Kozlov, the chief manager of CG «ASK» has raised the subject of social startups based on GLONASS technologies, and shared his own project — «Social GLONASS» —Wialon Hosting-based technology, currently used for tracking and navigation of public transport in Ulyanovsk Region, Russia. 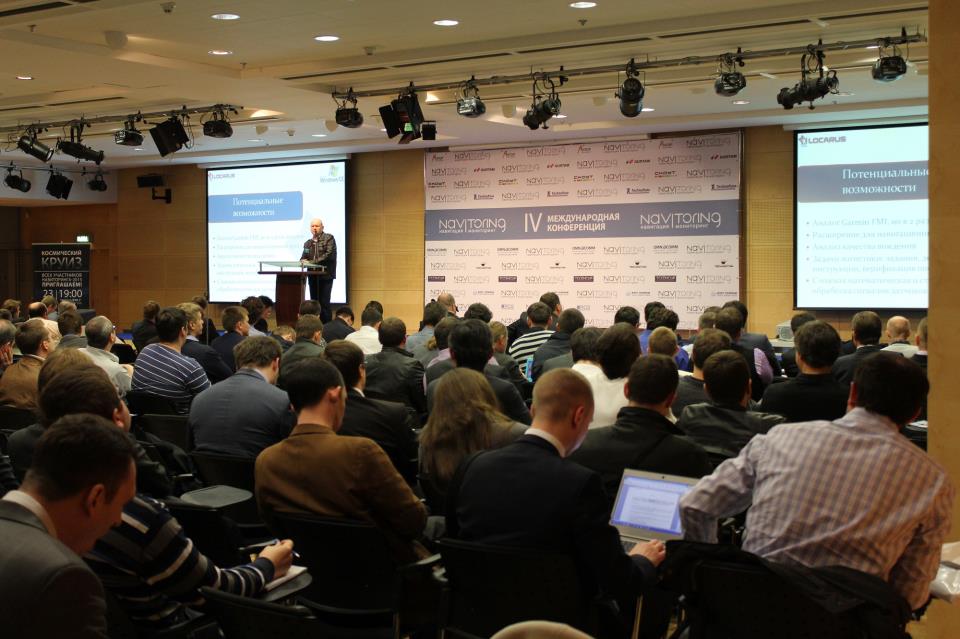 In the forerun of NAVITECH 2013, another conference was held, encouraging the various IT developers and manufacturers of transport navigation equipment, including Gurtam's engaged partners, such as «Omnicom», «Scout», «Locarus», and companies such as «Space Team», «Euro mobile», «Deutsche Telekom» to discuss the market situation and the most acute issues of contemporary technologies. In terms of «Navintoring», the most popular themes covered the questions of overall implementation of GLONASS systems, the discussion of the Decree #285 by the Ministry of Transport, the construction of the Regional Center of Information and Navigation in the regions of Russia, the tracking systems in Europe — the peculiarities of the European market and other countries and regions.

Right after the closing of "Navitech 2013", on April 27, Gurtam held a traditional conference for the company partners, involving over 95 representatives from Russia, Lithuania, Azerbaijan, Kazakhstan, Armenia, Ukraine and India. In the course of the event, the management of the company, Gurtam CEO – Aliaksei Shchurko; Chief Marketing Officer, Aliaksandr Kuushynau, Gurtam CTO, Viacheslav Krival, and Head of Development, Denis Strah spoke about further plans and strategies of company development, and presented their latest projects, adding to the overall excitement.

In such a manner, the week was very fruitful and our colleagues are satisfied with the results. The Chief Marketing Officer, Aliaksandr Kuushynau, also mentions: «Bringing together these 2 key events, namely the exhibition and the partners’ conference, this year we’ve managed to touch upon the imperative business issues. Together with our colleagues, current and future partners, we have shared the possibilities of the cloud monitoring systems of Wialon Hosting by introducing its benefits and diverse possibilities to the broad audience of "Navitech 2013"».