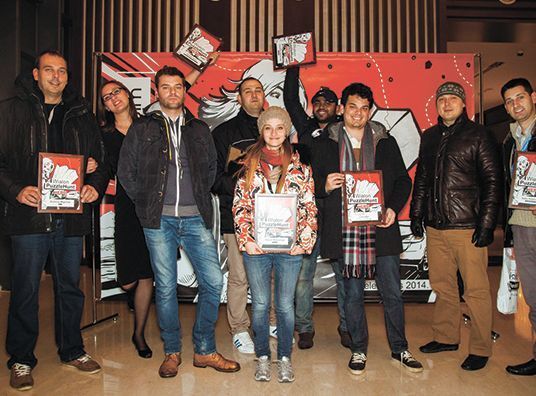 Looking back at "Telematics 2014. Minsk" conference we can't help mentioning one of the brightest events ‒ the active urban game WialonPuzzleHunt. In cold November evening more than 100 conference participants were ready to leave blessings of civilization, show team spirit and thrill of the race. 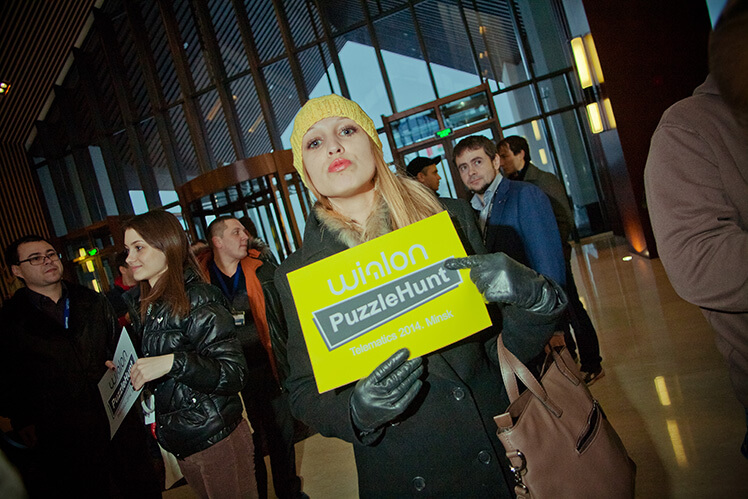 As per WialonPuzzleHunt legend the teams had to find one very important person who was kidnapped by criminals. The participants were given case files, took seats in the cars, and the show began. Solving tricky puzzles and performing difficult tasks, the teams were taking a step closer to find the kidnapped person.

The challenges were really exciting. One of the game levels took place in the abandoned building full of half-broken stairs and scattered stones. Here one of the team players chained with handcuffs to the rope had to get from A to B point and the others helped him as much as they could.

To become the winner, the teams had to perform fast and decisively. For instance, teams had to jump from the bridge. And we’d like to admit the fact that there were lots of brave hearts. To say more, even some girls made up their minds to jump. This step was truly impressive.

There were game levels, where bravery wasn't so important. In these cases teams had to show their patience and attention. For instance, to get the clue to the next level, the players had to assemble an enormous puzzle. If it happened at home with hot tea, solving the puzzle would be a pleasure. But at WialonPuzzleHunt, when the hands got totally frozen and time was running out, it was a severe trial.

Chasing after the truck on the highway, running after an experienced traceur and decoding Braille letters ‒ this is what Gurtam partners preferred to chatting in warm and cozy Beijing Hotel.

Many thanks to the WialonPuzzleHunt participants! You proved that you could overcome difficulties altogether. And, of course, congratulations to the winner of WialonPuzzleHunt! Please, have a look at a detailed photo-report on Facebook.