Change in the air at Navitech-2017 expo! 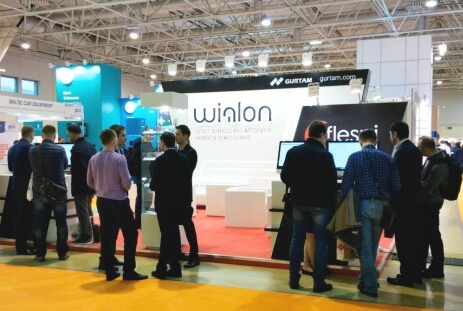 Hello Spring! Come out and support the multiple technology providers, industry professionals, and tech-geeks! With over 50 vendors, over 1000+ visitors and government officials, Navitech-2017 was something you would enjoy!

This year the Navitech expo was held on April 25-28 in Moscow, Russia, for several days becoming a platform for networking among the biggest leaders in satellite technology in Russia and overseas. Following the round of its spring fairs, Gurtam was again happy to join the expo for the 9th year in a row, again bringing its new telematic backend platform, flespi to the show. Seeing the light in 2016, flespi has already started to make some positive changes. 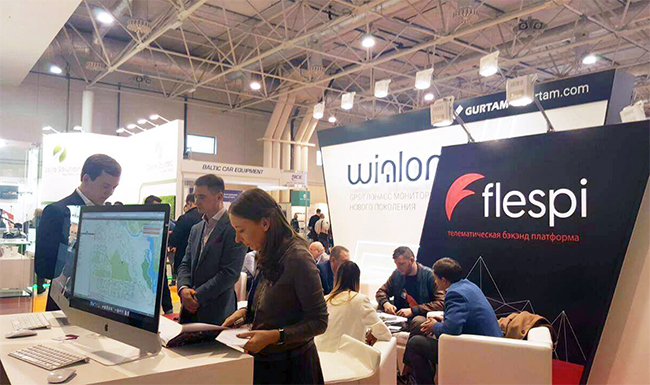 This new momentum was welcomed by the partner community, flocking up to our booth each year with ideas and projects. Yet, for our new and existing customers, there was always something new in store: the new Logistics update, Wialon Local 1705, and over 50 features added through multiple releases and product updates - were all brought to the table, and showcased during the busy fair. 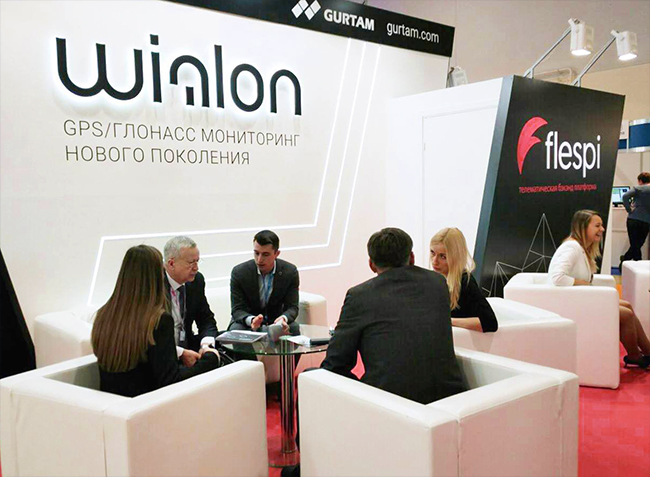 Time was even enough to fix another record, and we salute Teltonika on scoring as high as 100 000 devices on Wialon Hosting, another successful milestone for this partnership. 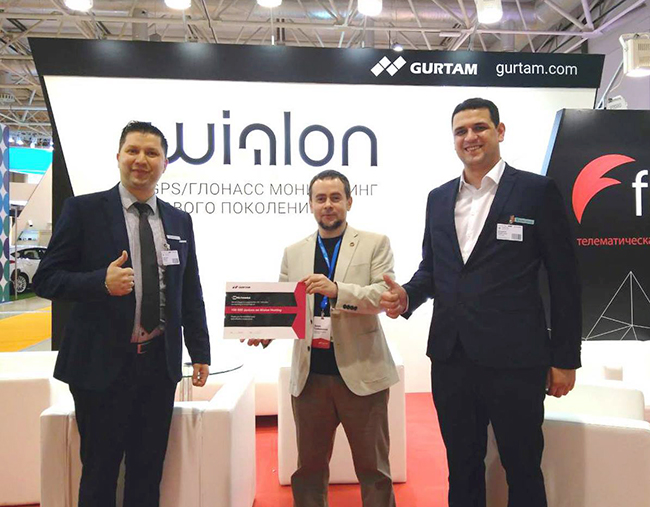 Expo was also sharing the venue with several technology boards - an associated IX International Navigation Forum, - and was running in parallel with Navitoring.

During the forum, Gurtam has joined the pitch on “Connected car: technologies and services”, and the future prospects of the swiftly developing market. It’s becoming clear that Russian market has entered a transitional phase, that will last for several years, allowing to define leadership and rally around the strongest players in the technology segment. The stakeholders were discussing the local ecosystems and their potential for engaging into the internet-of-cars and putting the vehicle data into the good use by improving the road traffic safety. This is indeed a great pattern that IoT in Russia is taking the shape of new challenging projects with emerging potentials and established leaders.

Being the one to own over 36% of the market share in the region, Gurtam was happy to give a speech “OEMs vs aftermarket: How to ensure 'smart opportunities' for used cars”. Delivered by Volha Smirnova, the Chief Marketing Officer, the presentation was wrapped around the idea of a сloser and more transparent cooperation on the market. 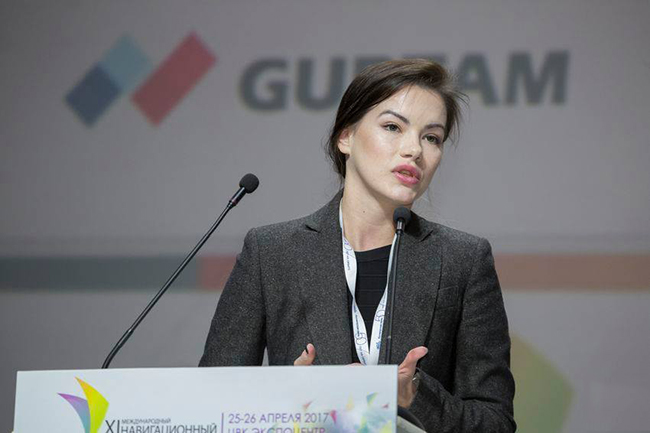 The technology market stays segmented, while Gurtam remains to be the one with over 500 000 vehicles under its management in Russia alone, with over 20% HCVs distinguished as foreign brands. By engaging more openly with OEMs, and them becoming more prepared for the dialogue, leaders like Gurtam are becoming able to integrate with more systems under its umbrella. The unified platform for managing the vehicle and passenger transport services, which Gurtam is eager to provide, could unite all effective participants of the market. 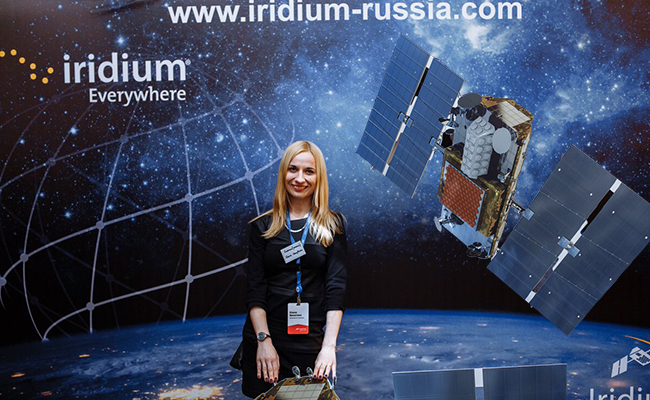 Following the Glonass forum, Navitoring conference took place, historically held in parallel with Navitech, where various speakers from top government officials to industry leaders are brought together for an open dialogue regarding the state policies and commercial usage of GLONASS-based technologies on the market.

Again, this year, according to Omnicomm research of the market dynamics, the role of Gurtam was emphasized, again establishing our leadership on the market. Since last year the company has sustained the engagement and loyalty rate of customers. 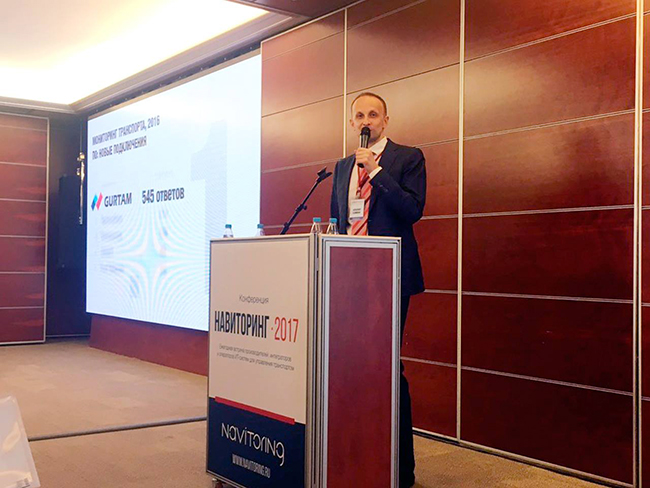 Denis Grebennikov, Gurtam Sales Director, was happy to share the latest developments in terms of connected devices, and various stats from Wialon Hosting. Given that over 1100 telematic device types are integrated into our platform, their segmentation in regions shows how intensively international technology providers are penetrating the market, and how steadily the national providers ( like GalileoSky, Fort-telecom, and Scout) are retaining their positions. 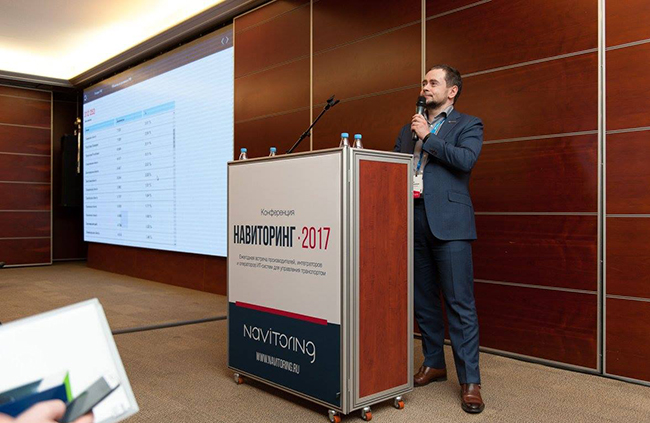 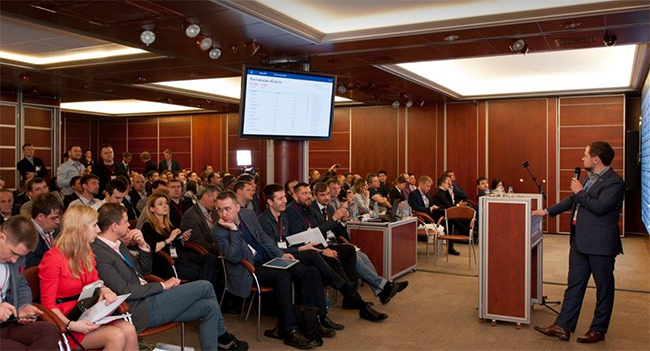 Following the busy days of the expo, Iridium communications held a partner event. The team was lucky to attend, especially the Iridium is becoming component to a range of device manufacturing technologies, especially those presented by Galileo, and a couple of other providers.

In overall, together with a range of pooled events, the expo has given us a chance to meet with the long-standing partners, and get multiple feedback from the growing community of Wialon users, put us together with the biggest industry players, and posed us a chance to affect several open discussion regarding the future of commercial telematics market. 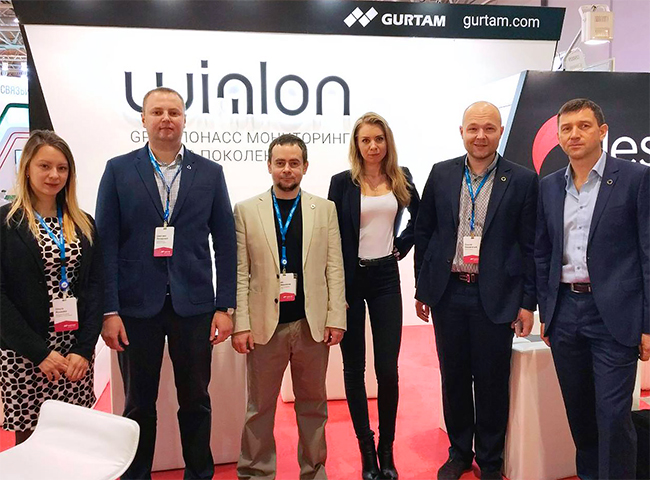 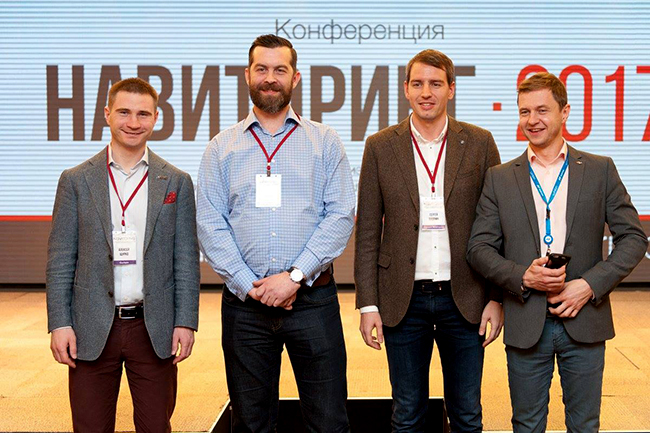 In just a hop across the continent and this month we’ll be happy to see you at Securex! 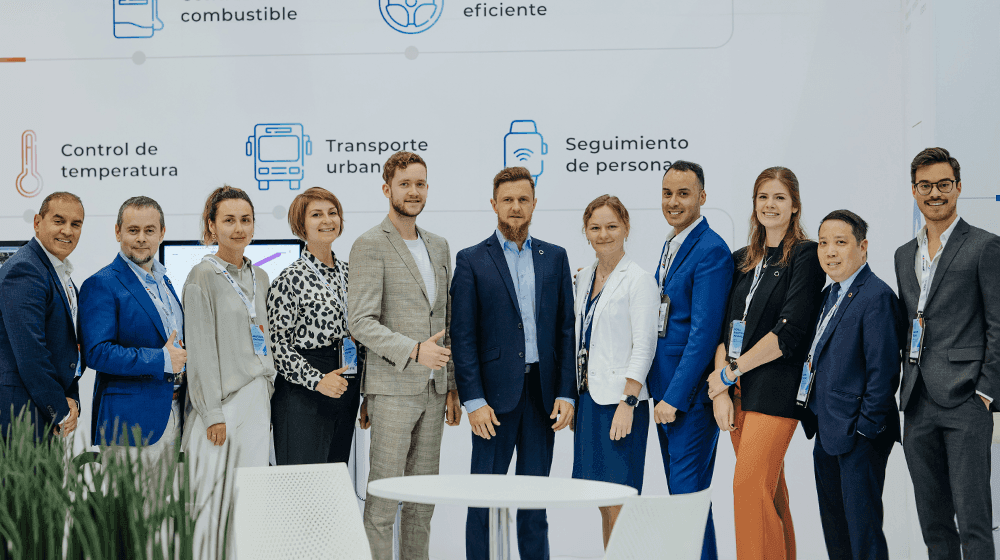