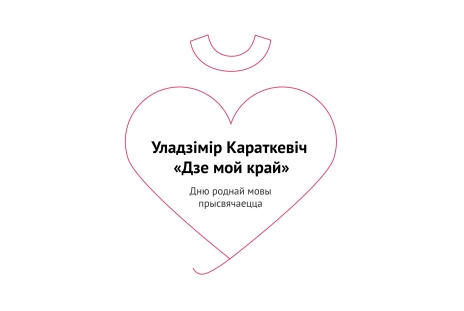 Over the years of Gurtam’s existence, Wialon community has expanded its horizons and gained many international partners.Today, with their support the geography of Wialon usage covers 90 countries. Our partnership is not limited to having only business communication. We maintain a friendly relationship with our partners by meeting them at industry events on a regular basis, inviting them over to our annual Partner Conference in Minsk and participate with them in various projects.

When they come to Belarus, our partners often ask us about the Belarusian language and culture. Belarus has two official languages: Russian and Belarusian. As a first time visitor in Belarus, one might assume that Russian is the only spoken language in the country. People speak Russian, write in Russian and think in Russian. Most of the time, Belarusian language can be heard only on a State TV-channel and on Vatican radio: twice a day the foreign radio station broadcasts in Belarusian.

Since International Mother Language Day is around the corner, we got the idea to introduce our native language to Gurtam partners. We chose a beautiful Belarusian poem “Dze moi kray” by Uladzimir Karatkevich and asked the partners to read it aloud and capture the process on a video.

Two weeks ago we divided the poem into lines, and asked our partners to participate. The majority of our partners enthusiastically agreed to explore the Belarusian culture in such a unique way. Eventually, the partners from 32 countries participated in creating the video: each of them was given a line from a poem to read.

Aliaksandr Kuushynau, the Chief Wialon Officer, tells, “Few if any managed to capture the video on the first take, but eventually it worked out pretty well. Our partners were very creative in their videos. Partners from Mexico and Iraq read their lines collectively and sent several versions to choose from. The creativity of our partners was beyond the limits. For instance, Ukrainian and Sri Lankan partners shot their videos against the sightseeing attractions. A valued partner from Germany represented by Wolf Busch and Erik Hillgruber read the poem while the plane was taking off behind him. Imran Khan from Pakistan managed to sing his poem line. All these different video clips we received emphasized the diversity of our Gurtam community.

We translated the content of the poem for our partners so that they could understand the meaning of it. Our partner from Russia was the last who sent his video. We chose a very specific line for him in order to show that Russian and Belarusian significantly differ to make a point to those who consider those languages to be almost the same.”

Frankly, some words in our language were challenging for some partners to pronounce, but their enthusiasm and charisma overpowered the lack of Slavic pronunciation skills.

“I speak three languages and none of them is Slavic,” said one of the participants. “It was really challenging and I was very glad to participate in such an international project. I learnt my line by heart, but still was very anxious about reading it aloud.”

All participants demonstrated their best in this project. Many thanks to all of them, or as we say it in Belarusian ‒ Vyaliki Dzyakui!

By creating this video, our goal was to illustrate the importance of a native language and show the Belarusians that our children will never start speaking the mother tongue unless their parents set a good example for them.

Once again, we would like to thank all of our partners for your kind response: now all of you know at least few words in our native language, including “Gurtam” which means “Together” in Belarusian. 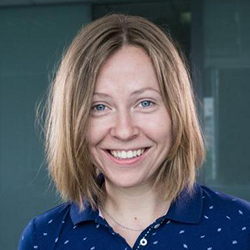 Aliaksandra Valasiuk
Aliaksandra is an HW specialist at Gurtam with vast experience of consulting partners on the hardware, its choice, and configuration peculiarities. She is also responsible for the hardware section on gurtam.com and Gurtam forum.